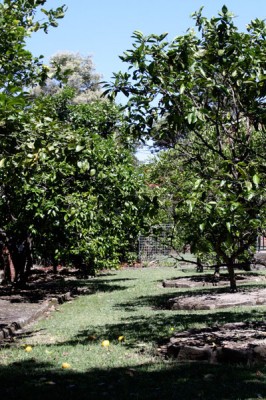 My late Grandfather was an avid gardener. He had more than half of his very large Sydney backyard dedicated to the growing of fruit and vegetables. I was lucky enough to inherit a couple of his gardening books of which were both first published in the 1950’s.

I worked at a Music magazine once which saw a whole heap of un-categorised music dumped into my iTunes library (for research of course). Most of this music is not to my liking, however there are some golden tunes floating around in there which I would love to hear again rather than have them sink back into the jungle of confusion that is my iTunes library.

I love playlists. I love them so much I have one for each album I own. One down-side of this is that when these playlists are sync’d to your iPod, you only ever hear the songs in these lists. The great majority of my iTunes library was going unlistened to! The solution was to create a Smart Playlist which pulled out music I haven’t listened to in the last few months. It looks something like this: