Old school LANs are a great way to keep in touch with friends, as like - in the same room - not on Facebook, whilst reliving some of the greatest games ever made such as Red Alert 2, Duke Nukem 3D and Carmageddon.

Here’s 5 hints to help you get your LAN up and running and making the most of it. 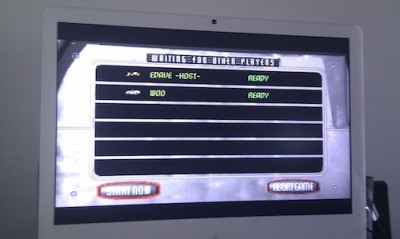 99.9% of time spent at a LAN, especially one where you play old games not designed to run on modern operating systems, is stuffing around trying to get them to work. It is absolutely imperative that you have a dedicated anonymous file server upon which people can share the files required to run the games. This will eliminate unnecessary “sharing” setup time. It will also prevent file server downtime as it will not need to be rebooted unlike client computers busy installing games. Another thing to make it easier is to have a local DNS server. I have a Mac Mini server which comes bundled with Mac OSX Server. Even a novice home networker can setup a local domain. Coupling this with a DHCP server setup with a default search domain means your guests can enter something like \servername into their windows explorer or smb:\servername in OSX to connect. No IP addresses!

Gamers at LANs have highly very active brains and therefore need a high carb, high protein meal to allow them extreme accuracy with the Rail Gun. Contrary to modern belief, Pizza and Coke do NOT constitute any of these very important ingredients. If you’ve organised a LAN in the past you’ll know that as soon as it starts and you have your first coke / Jolt cola (or bourbon and coke if you’re so inclined) that everything goes CRAZY. As a part of the LAN setup process, construct, in a large pot, a large stew using gravy beef and vegetables. Put this in a slow cooker up to 10 hours ahead of dinner time and walk away. When the hunger calls simply dish up with some rice (can also be pre-prepared). This will keep your gamers alert and happy until the wee hours of the morning. Most importantly, it’s bloody cheap, ready when you want it and doesn’t involve picking up the phone! 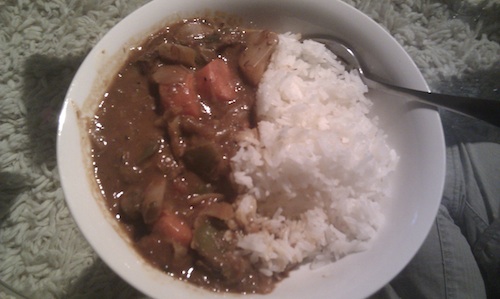 The older a game gets the harder it is to run.

Make sure you’re up to speed with DosBox (Boxer on Mac) and it’s ability to host IPX Tunnelling (IPX over TCP/IP).

Experiment with the games you intend on playing ahead of time on your own. It took me a week of stuffing around to get Carmageddon running with 3DFX using a special version of DosBox with Glide support.

I’m sure you all know this, but ensure you spread your power load evenly across your wall sockets. Don’t go crazy with power boards hanging off power boards. Make sure extension cords are straight and not coiled when in use.

Do what you came to do. Have fun!

Personally, when I go to a LAN, I get so excited and busy trying to fix all of the problems that all of my plans go out the window. It’s best to keep a list somewhere handy, say as your desktop background, which lists the games you want to play or things you want to do or share. So many times it’s 10 hours in and everyone’s thinking about going home that you remember you wanted to play Total Annihilation (a notoriously long game). So annoying! 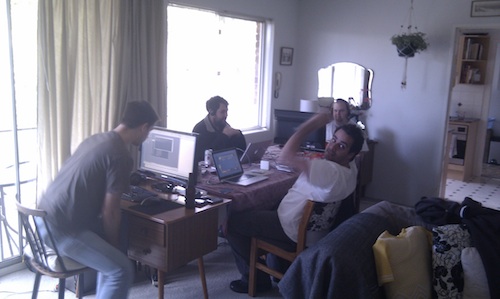